Theological Advisor to the Diocese of the Carolinas 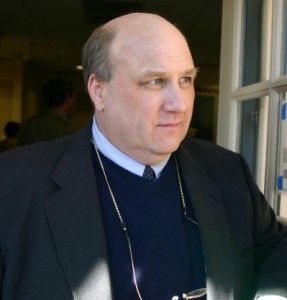 Author of Thomas Cranmer’s Doctrine of Repentance: Renewing the Power to Love (Oxford 2000), the Rev’d Canon Dr Ashley Null is an internationally respected scholar on the grace and gratitude theology of the English Reformation. Holding research degrees from Yale and the University of Cambridge, Ashley has received numerous awards for his work, including Fulbright, National Endowment for the Humanities and Guggenheim fellowships as well as being elected fellow of the Royal Historical Society and the Society of Antiquaries in London. He currently holds a research post funded by the German Research Council at Humboldt University of Berlin and is a visiting fellow at the Divinity Faculty of Cambridge University and St. John’s College, Durham University. His project is editing the private theological notebooks of Thomas Cranmer, the author of the independent Church of England’s founding formularies, for Oxford University Press. This is a five-volume project.

In addition to his scholarly activities, Ashley is an ordained Episcopal priest, Canon Theologian of the Episcopal Diocese of Western Kansas, Theological Advisor to the ACNA Diocese of the Carolinas and Senior Fellow of the Ridley Institute of St. Andrew’s, Mount Pleasant, South Carolina. He travels widely throughout the Anglican Communion sharing the godly biblical heritage of Anglicanism. He teaches regularly in seminaries and churches in the Americas, Europe, Africa and Australia. Furthermore, having grown up in Kansas, he is co-chair of the National Drovers Hall of Fame Museum Development Committee and the author of “Cowboys, Cowtowns and Cattle Trails” in 150 Years of Kansas Beef (Donning Company, 2011).

Finally, Ashley serves as a chaplain to elite athletes and coaches, helping them to integrate the Reformation’s emphasis on the unconditional love and grace of God with their vocation as professional sportspeople. He is the author of Real Joy: Freedom to be Your Best (Haennsler, 2004) and served for six years as chairman of the Major Event Chaplaincy Commission, a group which recommends Protestant chaplains for large international sporting events such as the Summer and Winter Olympics. Ashley himself is a three-time Olympic chaplain, most recently at London 2012.