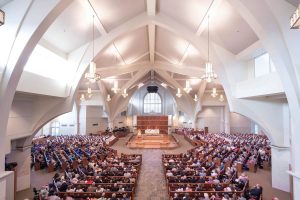 The Diocese of the Carolinas is a diocese within the Anglican Church in North America (ACNA) which unites some 112,000 Anglicans with over 1,000 congregations across the United States and Canada into a single Church.  The Most Rev. Dr. Foley Beach is the Archbishop of the Church.

The Anglican Church in North America was initiated at the request of the Global Anglican Future Conference (GAFCon) in June 2008 and formally recognized by the GAFCon Primates – leaders of Anglican Churches representing 70 percent of the active Anglicans globally – on April 16, 2009 after a thorough examination of the Anglican Church’s leadership, organizational structure, proposed constitution and proposed canons.

To learn more about the Anglican Church in North America and what it means to be an Anglican Christian, download our brochure by clicking here.

What we stand for

Members of the Anglican Church in North America are in the mainstream, both globally and historically, of Christianity – the biblically-faithful way of following Jesus and being part of the “One Holy Catholic and Apostolic Church”. As Anglicans, this orthodoxy is defined by and centered on our church’s classic formularies – the Book of Common Prayer, including the Ordinal, and the Thirty-nine Articles – which all point back to the authority of the Holy Bible and articulate foundational principles of the Anglican tradition throughout the world. We wholeheartedly embrace the Jerusalem Declaration, the founding declaration of the global Fellowship of Confessing Anglicans, and the Theological Statement of the Common Cause Partnership – the precursor to the Anglican Church in North America.

We believe and confess Jesus Christ to be the Way, the Truth, and the Life: no one comes to the Father but by Him. Therefore, the Anglican Church in North America identifies the following seven elements as characteristic of the Anglican Way, and essential for membership:

In all these things, the Anglican Church in North America is determined by the help of God to hold and maintain as the Anglican Way has received them the doctrine, discipline and worship of Christ.

“The Anglican Communion,” Archbishop Geoffrey Fisher wrote, “has no peculiar thought, practice, creed or confession of its own. It has only the Catholic Faith of the ancient Catholic Church, as preserved in the Catholic Creeds and maintained in the Catholic and Apostolic constitution of Christ’s Church from the beginning.” It may licitly teach as necessary for salvation nothing but what is read in the Holy Scriptures as God’s Word written or may be proved thereby. It therefore embraces and affirms such teachings of the ancient Fathers and Councils of the Church as are agreeable to the Scriptures, and thus to be counted apostolic. The Church has no authority to innovate: it is obliged continually, and particularly in times of renewal or reformation, to return to “the faith once delivered to the saints.”

To be an Anglican, then, is not to embrace a distinct version of Christianity, but a distinct way of being a “Mere Christian,” at the same time evangelical, apostolic, catholic, reformed, and Spirit-filled.